Go Back
AFSCME Signs Historic First Contract Between State of Vermont and Local 4802 Home Care Workers
06/12/2014
Posted By: Council 93
BURLINGTON, VT - The more than three-year process to bring the benefits of union membership to more than 7,500 Home Care workers in Vermont today culminated with the signing of the workers first contract with the state. 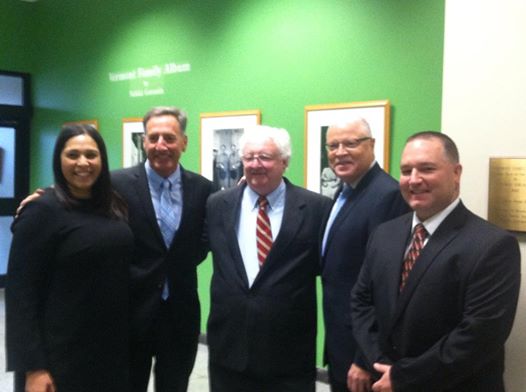 “AFSCME has been providing high-quality union representation to Vermont workers for more than fifty years,” said Council 93 Executive Director Frank Moroney.  “With this first contract, we have laid the groundwork for a brighter and more secure future for the newest members of the AFSCME family. “ 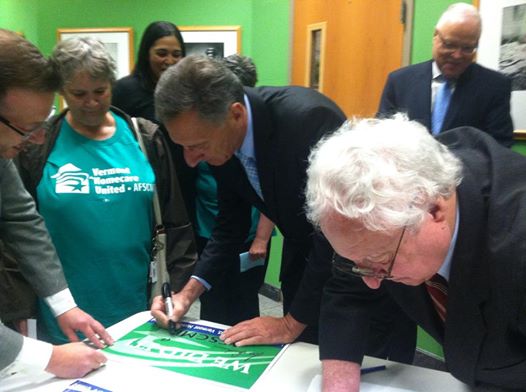 "This is a new day for homecare in Vermont,” said Governor Shumlin, who was surrounded by several of the home care workers who will benefit from the contract. “These hard working women and men provide vital services to some of Vermont’s most vulnerable residents. This contract gives a voice to these providers and respects their work with a fair wage and protections to allow them to focus on the important work they provide across the green mountain state.”

The contract was ratified overwhelmingly last month with 98% of the members supporting the agreement.

“The contract that’s being signed today will have an immediate impact on families,” Lee Saunders, President of AFSCME told workers and allies present at the signing. “It not only enables the homecare workers to have better, more secure lives. The contract also underscores the value of solidarity and of coming together through a union to have a voice.”