Go Back
AFSCME Members Work Dangerous Jobs
06/28/2016
Posted By: Zac Bears
From correctional officers to residential care workers, AFSCME members do some of the most dangerous jobs in Massachusetts. And that's why AFSCME Council 93 will continue fighting for fairness when it comes to death benefits for public service workers.

A recent study by MassLive highlighted the top 10 most dangerous jobs in Massachusetts based on how many days workers missed after an injury or other incident at work.

Currently, payments and benefits to families of public sector employees who are killed on the job are available only to public safety and law enforcement workers. Council 93 has filed legislation in the current session that would provide a $150,000 line-of-duty death benefit to the families of all public service workers who lose their lives as a result of "accident or injury" on the job. 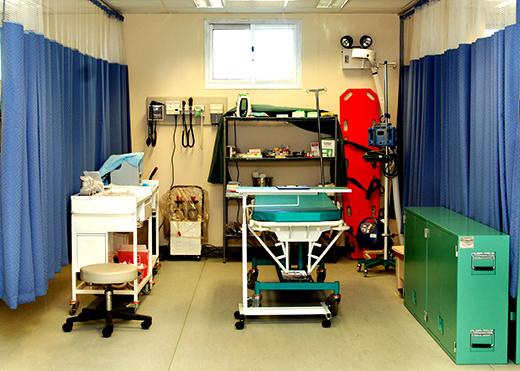 
This work and our lobbying efforts led the state senate to include language in both the 2017 budget and recent veterans legislation that would provide the children of all public sector workers with free tuition, fees, room and board at any UMass campus, state college or community college. We will be filing similar legislation in all states in our jurisdiction.

Correctional institution workers, like corrections officers and other jail and prison staff, came in at number 10. In fact, there were 4 worker deaths at Bay State jails and prisons in 2014.

Workers at nursing and residential care facilities had the seventh most dangerous job in the state in 2014, missing almost 5 days of work per 100 employees due to on-the-job incidents.

Hospital, health care and social assistance workers had the third most dangerous job in Massachusetts in 2014. There were two deaths of hospital workers in 2014 and injuries at work caused health care workers to miss nearly 6 days of work per 100 employees.

A patient attacked AFSCME Local 72 member Jason Lew at a mental health facility on Cape Cod in 2012, causing serious injuries. Lew died weeks later, and his death was ruled a homicide. The only benefit his children received came through donations from his union brothers and sisters.

Local 851 member Carlos Taberas was killed while working alone repairing a Bobcat in a City of New Bedford garage in 2011. Carlos had a big family – six kids. But there was no line-of-duty death benefit for them. His $5,000 life insurance policy didn't even cover funeral expenses.

"The union is simply asking the Legislature to recognize that when it comes to losing your life on the job, everyone is equal," Council 93 Legislative Director Jim Durkin argued in testimony before the Legislature. "Everyone has paid the same price."

AFSCME members work some of the most dangerous jobs of anyone in Massachusetts, and extending line-of-duty death benefits to all public service workers is a simple matter of fairness.