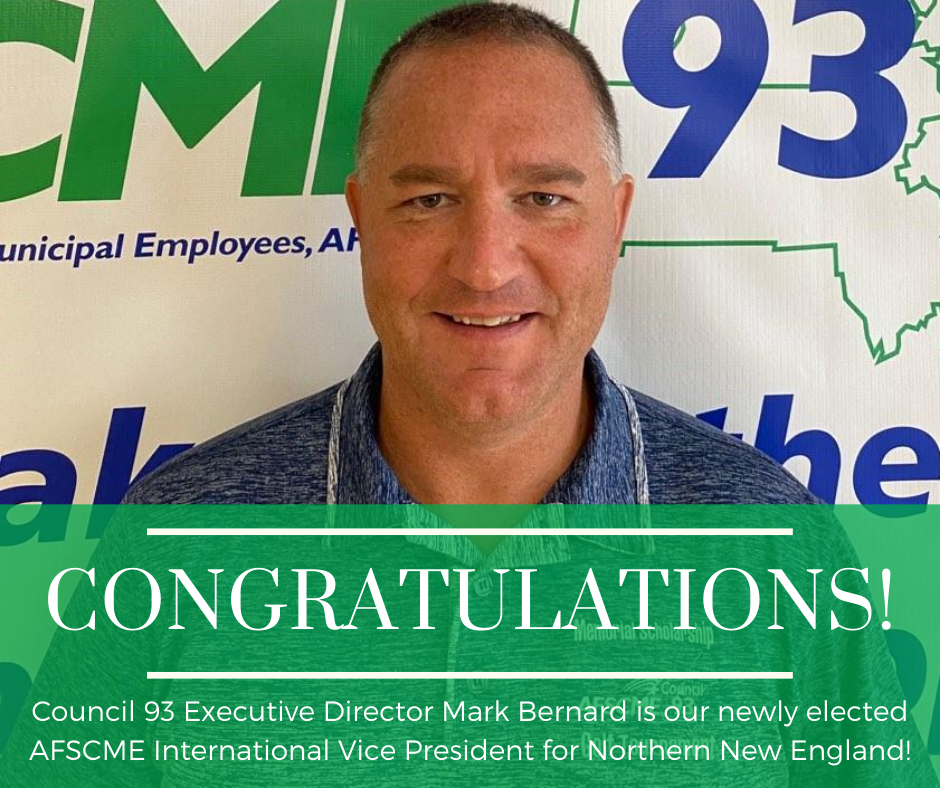 Congratulations to AFSCME Council 93 Executive Director Mark Bernard – our newly-elected AFSCME International Vice President for the Northern New England Region! Mark was elected by Council 93 Delegates to the 44th International Convention, which was held virtually and concluded today with the announcement of official election results and the swearing in of newly-elected and re-elected leaders.